How to Turn One Dollar into Seven

There was a polite knock at the conference room door. After months of negotiations, the business owner had finally received a letter-of-intent offer to buy his company.

He had spent years building a profitable manufacturing business and had in place people and systems to ensure it could operate without him. The owner and I had been holed up for hours working on the buyer’s seemingly endless due diligence questions.

“Yes?” the owner answered, looking up from the table.

The door opened about a foot, and a young man in his mid-twenties poked his head into the room.

“Sorry to bother you,” he said, “but I left some papers on the projector table. Do you mind if I grab them real quick?”

“Come in,” the owner answered curtly. His unblinking eyes followed him as he crossed the room, gathered his papers and made his way back out the door closing it softly behind him. It was clear to all three of us that the owner had been glaring at him.

“That seemed kind of harsh,” I said. “Don’t worry about the interruption; we’ll get through all of this stuff.”

“I’m not worried about the interruption,” he responded.

“Then what was that all about?’ I asked. 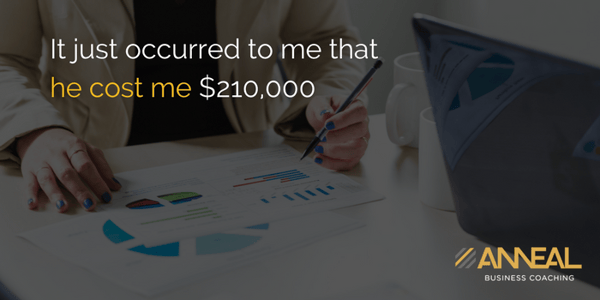 The Price of Avoidance

I suppose that it could have happened had he bungled an order or offended a valuable customer, but it wasn’t anything like that. In fact, it was the opposite. He hadn’t done much of anything in the 11 months he had worked there.

At the time I met him, the young man was leaving in a few weeks to attend graduate school in Europe. From his first week at work, the owner had recognized that he didn’t have the skills or experience necessary to do the job.

He should have let him go then, but he hated to fire people, especially the son of a close friend. The idea made him so uncomfortable that he had decided to avoid it at almost any cost, and in this case, the cost would be $30,000.

Or so he thought.

As he weighed the anguish of firing him against the cost of keeping him, the owner was thinking, as most small business owners do, in terms of his income statement. He thought of his salary as an expense he could absorb temporarily.

At least that’s how he thought until that day in the conference room.

The months of negotiations with a sophisticated buyer had begun to change his focus from the value of today’s profit to the value of the company itself. 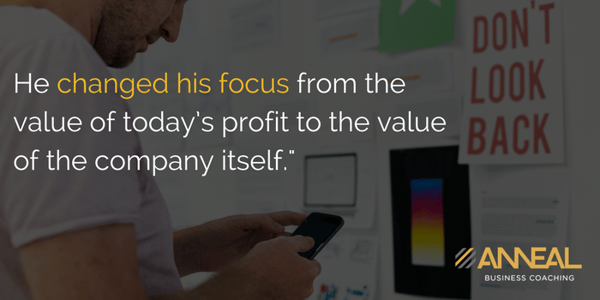 He had started the negations by tossing out what he thought was a high price. There was no particular business logic behind it, but if they had accepted he would have been happy and if they didn’t, well at least it was a place to start.

The buyers had listened politely to his offer and then begun a deliberate process of assessing the value of his company. By the end of the negotiations, they made an offer equal to seven times last year’s profits. The result was less than his starting price but it was an excellent offer, and he had accepted it.

The negotiations taught him a lot and had begun to change his thinking about how to measure success. However, it wasn’t until he realized that one dollar of expense had cost him seven of value that he fully understood how to think like a business buyer. 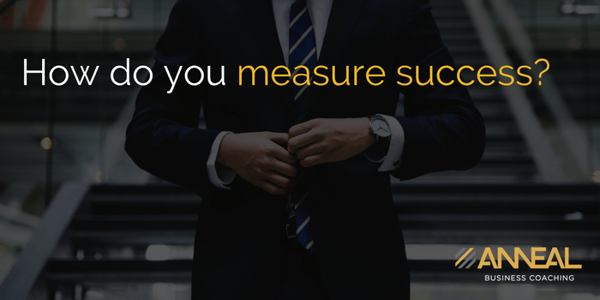 How would a potential buyer determine the value of your company? How do you measure success? What impact do expenses have on your net worth? Are you working for profit or value? Do you think more about your income statement or your balance sheet? 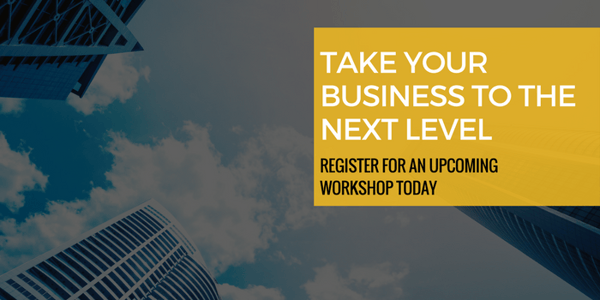 The Hidden Danger in Scaling Your Business

Inventory and the Contractor, Tradesman, and Service Company

The Grit to Grow Your Business