A Warning for Black Friday 2018

As I type this, Black Friday is rapidly approaching with its stampeding hordes of bargain hunters kicking off the holiday shopping season by staying up all night to be first in line when doors open at 12:01 A.M.

It’s exhausting, or at least that’s my impression. I can’t speak from experience because I don’t participate. 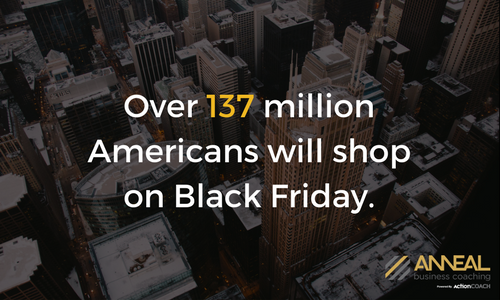 The Phenomenon Of Black Friday

I may not be enthused about shopping on Black Friday, but I am interested in the phenomenon, and while looking for information about Black Friday discounting, I came across some interesting facts:

The Lesson Of Black Friday

The Lesson centers on one word: Discounts. That’s what Black Friday is, one giant sale in which retailers discount their prices (or at least trick you into believing that they do).

My article “How to Avoid Discount Disaster,” makes it clear that I am no fan of discounting. That’s because discounting is often a default marketing strategy for businesses who can’t think of anything else.

Does that mean all the retailers participating in Black Friday are stupid?

Big retailers know their numbers. They know how much more they have to sell to recover their discounts.

And there it is, the lesson of Black Friday.

If you had my discount calculator, you would know too. By entering three numbers, it will show how much more you have to sell at any combination of margins and discount to compensate for a discount.

Before you reduce prices to attract customers this Black Friday, know how many more you have to attract to pay for that discount.

Why Your Ads Don't Work

How Much Does it Cost? - Burdening, Cost Absorption, & Other Tomfoolery

Why Should I Buy From You?