How Numbers Help You Make Better Decisions - A Case Study

Eighteen months of hard work were at risk, not to mention the future of his company.

My manufacturing client had achieved his first goal which was to remove himself from day-to-day operations. He was (and still is) the best in his company at everything from sales, to part cutting, to troubleshooting, to handling customer complaints - everything. He could do it all and did. He had devoted his time and attention to working in the business handling problems as they arose, but he knew that if things didn’t change, the capacity of his company would forever be limited to his ability to get things done.

Over the eighteen months it took to achieve his first goal, he made significant changes.

He cut the hours spent dealing with day-to-day problems from 50 hours per week to less than ten.

He developed good books and used his reclaimed time to plan for growth.

Among other things, he established a cash reserve to fund planned increases in inventory and accounts receivable.

He developed and implemented the processes necessary to scale up production.

He improved the company culture along with the quality of his team, and he hired a top-notch saleslady.

Perhaps most exciting, he identified specific target markets, wrote out persona profiles, and developed a unique, value-driven offer to appeal to each one. He implemented a well-thought-out inbound marketing strategy to attract customers: A new website, weekly blogs, regular podcasts, and free resources.

Everything Was Great Except...

Everything was going according to plan. He had cash, sales were growing, his team was fixing problems without him, and he was rolling out a marketing plan.

Everything was great except for one thing.

His facility was at full capacity. To meet his projected sales, he would need three times more space than he had.

With things running smoothly, he set to work considering his options. He spent several months looking at building a new plant, and he was evaluating the purchase of a competitor when a recently vacated facility came on the market.

That’s when the problem showed up.

The vacant facility was over three times as large as his current plant, located on an interstate highway exit only six miles from his current location, and the rent was the same as his existing facility. It was almost too good to be true, but it was. He jumped on the opportunity and committed to a five-year lease. Perfect!

He and his crew made the move to the new facility themselves. CNC machines, conveyors, dust collectors, paint booth - everything had to be moved, positioned and started. The move took longer and consumed more cash than anticipated, and it resulted in a drop in sales due to lost production time. However, by the end of the fourth month they were up and running at full capacity in the new plant.

That’s when the problem showed up.

After months of distraction, my client had returned his attention to profitability and cash flow. What he found was alarming.

He called to tell me his “green line” had fallen behind his “red-line.” His green-line, as you might suspect, is total sales for the month to date, and his red-line is a measure of total expenses for the same period. Comparing the two is a quick way to judge performance, and the green-line should always be ahead of the red-line.

The comparison is not as accurate as month-end financials but can identify problems early, and it had identified a big one: He was losing money. 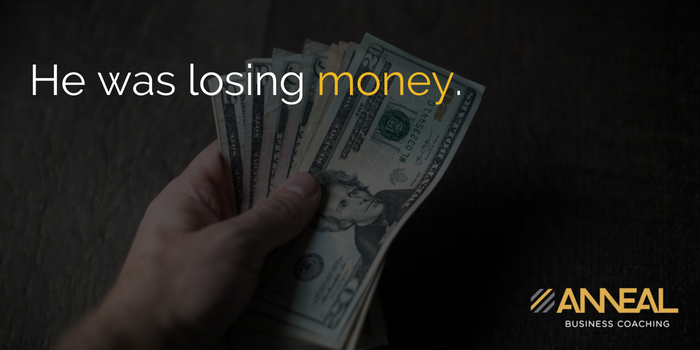 The day he called me was the first time in years that the red-line was ahead of the green-line. Why? What had gone wrong?

With all the changes surrounding the move, we began to suspect all sorts of reasons. It wasn’t panic, but it was close.

Maybe the shop wasn’t organized right, maybe stations were too far apart in the big building, maybe we were making too much scrap, or maybe the new guys weren't as good as we thought, or the overhead had somehow crept up on us? Maybe the move was a bad idea - and he had just signed a five-year lease!

We were all over the place looking for answers when we finally turned our attention to the fundamentals, his numbers.

We were all over the place looking for answers when we finally turned our attention to the fundamentals, his numbers.

My client always had good books and had spent part of the last 18 months making them really-good books. We could trust what his profit and loss statement showed us, and it was obvious.

Although there were some cost overruns due to the move, overhead costs were almost exactly on budget. The target for direct labor costs had been around 25% of sales for the past year, and the actual costs at the new plant were 27%. Not perfect, but not terrible either.

Then we found the culprit. Material costs, which had been 38% of sales, were now at 65%! We had identified the problem, and it had nothing to do with the move or the new shop, except that both had distracted us. We looked at scrap and counted inventory to be sure the 65% was an accurate number. It was.

How had we missed it?

He had begun the move with cash reserves, and his sales had dropped during the move. Lower sales meant that he was collecting more cash from old accounts receivable than he was tying up in new sales. Because of the distractions and the cash available from reserves and old accounts receivable, we just hadn’t noticed.

Once money got tight, and we started looking, and the problem was obvious: Material costs were out of control. 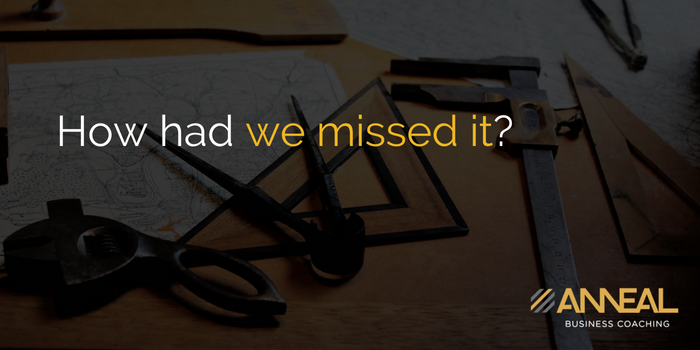 The rising costs were due to import restrictions and an anti-dumping lawsuit that affected the materials my client used. The increases had been rolling in steadily over six months but always in small increments. My client knew about them but did not realize their impact.

Our complex problem was now a simple choice. We had to get material costs down or raise prices. Although we are still working on it, it quickly became clear that we could not get material prices down.

Our complex problem was now a simple choice.

That left one option: we had to raise prices.

As we all know, raising prices in a competitive industry is nerve-wracking.

We are reluctant to do it because we are afraid we will lose customers. However, difficult circumstances sometimes make for simple choices.

In this case, only one of three options was good. We could continue to go broke slowly selling below cost, we could raise prices and go broke quickly if our customers abandoned us, or, maybe, just maybe, they wouldn’t leave, and we could move forward selling at a price that allowed a profit.

To his credit, my client made his decision immediately after identifying the problem and the options. He didn't waste time waffling or what-iffing the decision. He raised prices to the point at which material costs were 40% of the sales price (which he determined by dividing actual material costs by 40%).

As of this writing, it has been about two months since he raised prices. His green-line is above his red-line, he is making a profit, and rebuilding his cash reserves. To our knowledge, he has not lost a single sale due to price.

He has not lost a single sale due to price.

If not for good numbers, we might still be running around the shop rearranging machines and conveyors, pressuring the team and raising the overall anxiety level of the company. Instead, good numbers from proper bookkeeping informed a simple but tough decision that saved his business. 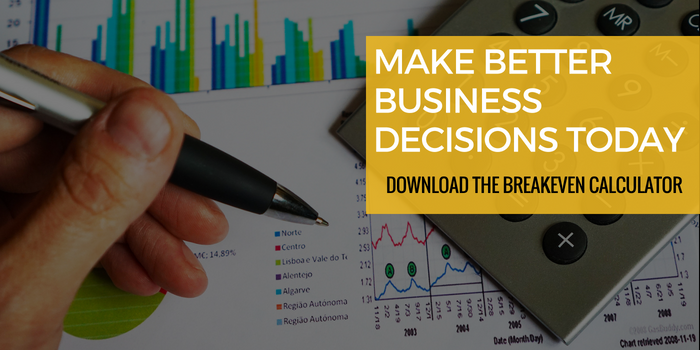