When You Know They Need to Go: Firing an Employee

“Tommy, step into my office, I need to talk to you.” Tommy worked for us, and I had sold him a company pickup truck a month before.

“What’s up?” he asked. He could tell from the look on my face that I was not happy.

“I talked to Ron at the station today, and he gave me this pile of charge tickets,” I said, pointing to a stack of receipts on my desk. The color drained from Tommy’s face. “He says you have been fueling your truck at the station and charging it to the company account. He let you do it because he didn’t know I sold the truck to you.”

After a pause, I looked him directly in the eyes and asked: “Is that true?”

“Uh, yeah, I guess so.” He answered, looking down at his feet.

“Larry’s out front. He will go with you to clear out your locker. We’ll send you your final check at the regular time.”

I had all the information I needed, there was no doubt he had stolen from the company, and he admitted it. Firing someone doesn’t get any easier than that.

The Difficulty WITH Firing An Employee

All of us small business owners have had to fire someone, or, if we haven’t yet, we will. It is one of the most difficult jobs in business.

Even Warren Buffett, the hard-nosed billionaire investor, dreads it, saying: “It’s pure agony. I usually postpone it, suck my thumb and do all kinds of other things before I finally carry it out.”

Why is it so difficult?

The first reason is empathy. Few of us relish the idea of telling people they don’t measure up or of sending them and their families to the uncertain world of the unemployed. We put ourselves in their positions and imagine the self-doubt and difficulties that lie ahead for them. It’s especially tough if they’re “nice.”

The second reason is doubt. We’ve all heard the saying: “Hire for skill and fire for attitude.” Skills are objective and can be measured. That’s why most of us base our hiring decisions on skill. The objective measurements that make hiring for skill easy, also make it easy(ier) to fire for a lack of skill. We have the comfort of objective data to offset our doubt. It’s a different story for attitude. Attitude is subjective, which introduces doubt into the decision.

The third reason is fairness. I’ve had countless conversations with business owners who knew they had to fire somebody, but were struggling with doing it. Most question whether or not they have been “fair,’ or “done enough training,” or “given her enough time.” Those questions are usually followed by comments such as: “He is really a good person, but can’t get his paperwork done,” or “She does this well, but that’s not what I hired her for,” or “He’s good at his job, but co-workers can’t stand to be around him.” But, but, but. And more delay. 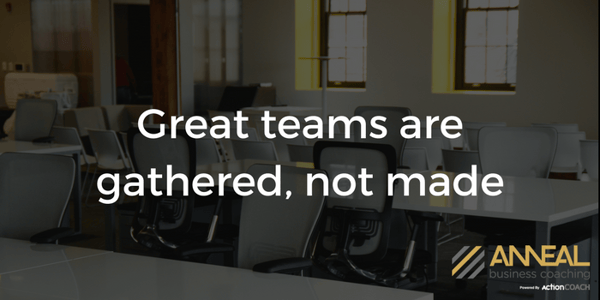 I could have blamed myself for not telling the station guys I had sold the truck to Tommy. I should have told them, but I didn’t. However it was Tommy’s choice to steal gas that cost him his job, not my failure to remove temptation. No regrets.

Instead of questioning whether or not you’ve been fair, or have provided enough training, try asking yourself: “Has this person approached me seeking help?” “Has he put forth an effort to learn?” and “Do I see this person as a highly valued member of my team one year from today?”

If your answer is “no,” then you know.

You can see now why firing Tommy was so easy. No question of empathy, doubt or fairness. The decision was so clear, so easy, and so just, that I almost enjoyed it.

We may never eliminate all feelings of empathy, doubt, or fairness, but we cannot let them keep us from terminating an employee when we know he has to go. Our futures depend on it.

Building the right team is arguably our most important duty as leaders of our businesses.

Teams in large part determine our futures. They transform a job into a business. They provide leverage to do more and earn more than we ever could without them. Teams represent us, our values, and our businesses to our customers and the public. They set us free to work “on” our businesses while they work “in” them. 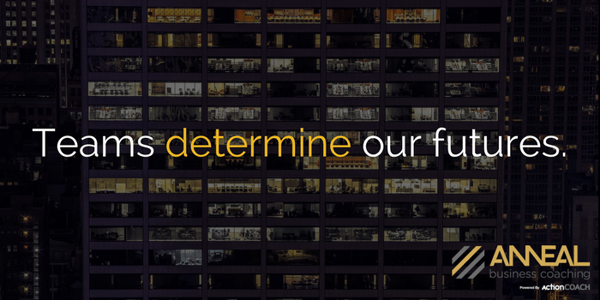 Team members who do not meet our standards put all of that in jeopardy. We cannot afford to “settle” for substandard team members just because we are uncomfortable firing them. We cannot afford to “give them 90 more days” because that sets us back 90 days in our search for the right hire - and it sets them back 90 days in their search for the right job.

Firing people may never be easy, but the resolve to do it comes from setting the standard for an ideal team and pursuing it relentlessly.

Imagine a team of people who take initiative and ownership, who are engaged and pleasant, who show up on time and meet deadlines, who tell you about problems after they have solved them, who are supportive of one another and care about customers. Imagine a team that shares your values and fits in your culture.

If that is the standard, why settle for less?

Below are a few of the type standards that can make our decisions easier. You know they have to go when an employee:

Use your judgment, values, and experience to add to the list, then trust yourself. Don’t waffle.

Firing An Employee - No Waffling

Empathy, doubt, and fairness will always be issues with firing, but we reduce their impact on our decisions by:

Are you committed to assembling the best possible team for your business? Do you agonize over the decision to fire someone? Have you ever kept someone on the payroll who clearly doesn’t belong there? Have you debated with yourself whether or not to fire someone whom you know has to go?