When the Student is Ready, The Teacher Appears

I drove various kinds of four-wheel drive pickup trucks for over three decades. That run came to an end a few years ago when gas prices spiked upward. The day prices reached $4.00 per gallon in my hometown, I turned into a friend’s car lot and traded my truck for a sedan (and, yes, I took a beating on the trade-in price).

When I called my wife to report my purchase, she asked: “What color?”.

“Oh,” she said, absentmindedly, “that’s the most common color for a car.”

I’d seen the occasional black car here and there, a Mercedes, BMW or maybe an Escalade all buffed up and shining, but the most common car color?

“Sure it is,” she said, “that and white are by far the most common colors for cars.”

I called her back a few hours later to concede the point. While sitting at a busy intersection, I had counted 14 black vehicles waiting at the same red light. (It’s a big intersection.)

The black vehicles had always been there. I just hadn’t noticed until my wife gave me a reason. 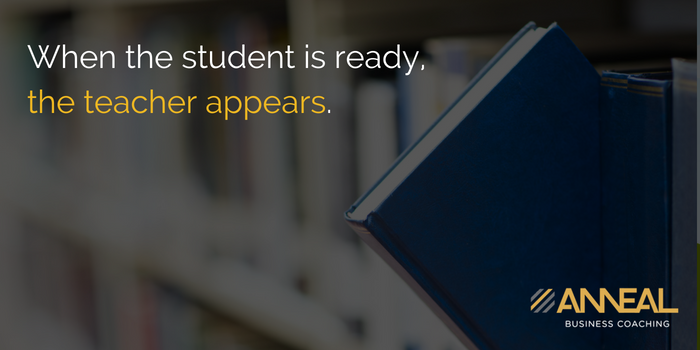 It's All Around Us

We’ve all had that sort of experience, and I believe that is the lesson of the ancient saying about students and teachers. The teachers are always there, but students don’t notice until they are ready. The same phenomenon pops up all around us in business.

The teachers are always there, but students don’t notice until they are ready.

I had a contractor as a client whose chief ambition was relief. He was young and very successful, but he was exhausted. A mutual friend had suggested we meet, and when we did, he was ready to shut down his business and walk away. He didn’t want to sell the business because his name was attached, and he didn’t want a stranger to wreck the reputation of what he had built.

“So,” I suggested, “instead of shutting down, how about hiring people to run the business for you? You could still have influence and income, and you could step away from all the things that are wearing you out.”

He gave me a look of disbelief and asked: “Do you really think that is possible?”

“But where could I find such people?”

“Right now, I don’t know,” I answered, “but if we define what you want and start looking, we will find them.” 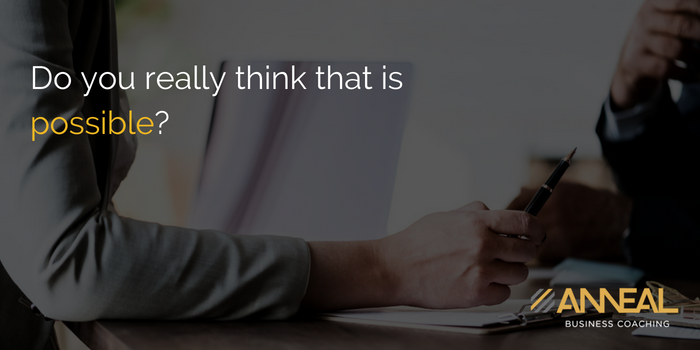 Within four months, three candidates appeared, and he had filled two of three positions. One candidate is now his CEO and another his COO. Both came from within his company. He is still looking to fill the third, least critical position. He is re-energized, having a record year and spends his time doing more of what he wants to do and less of what he doesn’t.

He is re-energized, having a record year and spends his time doing more of what he wants to do and less of what he doesn’t.

A second client’s business depends on commissioned salespeople. His commission-only pay structure led him to two unspoken and, damaging beliefs. The first was that his current habit of settling for inferior salespeople didn’t hurt his business because, after all, he didn’t pay them if they didn’t sell anything. The second belief was that quality salespeople wouldn’t work on a commission-only basis.

I gave this man the same advice I gave the contractor above, and he got the same results. He wrote down the qualities of an ideal salesperson and concentrated on looking for them. Within three months he had identified five candidates and hired two of them. His sales will triple this year, and he has reduced his management workload by almost half.

His sales will triple this year, and he has reduced his management workload by almost half.

A manufacturer I discussed in a previous article needed to triple the size of his facility to meet his projected production. He mapped out what he wanted and set out to find it in a tight real estate market. Instead of having to settle for what was available, he wound up with every sort of option. When he considered building a new plant, land appeared for sale. When we talked about the idea of acquiring a company, a competitor called offering to sell. And when he was not entirely satisfied with either of those options, the perfect facility came on the market at a great price.

It Works Every Time

I confess that, although I worked hard not to show it, I used to have lingering doubts when I told clients “I know,” “it will,” or “it always.” I wasn’t completely confident that the teacher would appear.

I’ve seen it work too many times to doubt it. Ancient sayings endure for a reason: because they’re true. The process of examining and overcoming our self-limiting beliefs, describing what we want, and then looking for it works every time.

The source of the student-teacher saying is unclear, but it is the ancient equivalent of my black car experience. It holds true so often that it’s as if the universe knows what we need and provides it, but I don’t think we have to resort the supernatural to explain it.

The people and opportunities we want are there right now. We just have to make ourselves ready, and they will appear.

The process of examining and overcoming our self-limiting beliefs, describing what we want, and then looking for it works every time.

What do you want that you don’t believe exists? 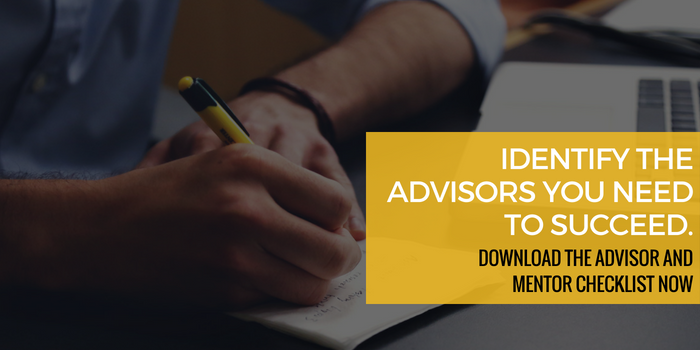 How to Talk to Prospective Investors